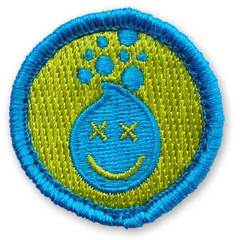 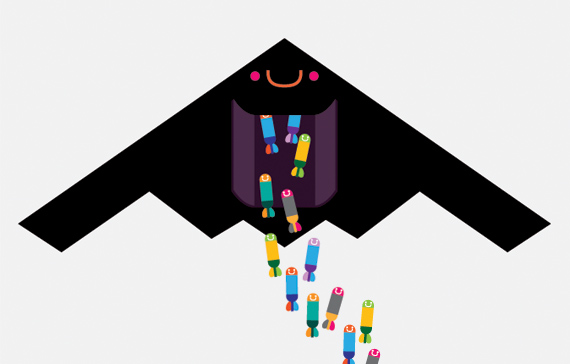 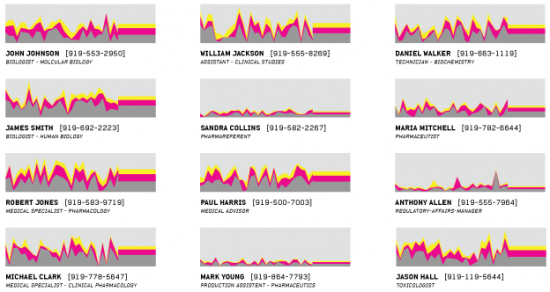 Beautiful new exploratory game for the Nintendo DS, that uses the front-facing camera and face tracking to calculate a perspective that renders like a window on a new world. This work explores the visual link between information and physical things, specifically around the emerging use of the mobile phone to interact with RFID or NFC. It was a presentation and poster at Design Engaged, Berlin on the 11th November 2005.

As mobile phones are increasingly able to read and write to RFID tags embedded in the physical world, I am wondering how we will appropriate this for personal and social uses.

I’m interested in the visual link between information and physical things. How do we represent an object that has digital function, information or history beyond it’s physical form? What are the visual clues for this interaction? We shouldn’t rely on a kind of mystery meat navigation (the scourge of the web-design world) where we have to touch everything to find out it’s meaning.

This work doesn’t attempt to be a definitive system for marking physical things, it is an exploratory process to find out how digital/physical interactions might work. It uncovers interesting directions while the technology is still largely out of the hands of everyday users.

The inspiration for this is in the marking of public space and existing iconography for interactions with objects: push buttons on pedestrian crossings, contactless cards, signage and instructional diagrams.

This draws heavily on the substantial body of images of visual marking in public space. One of the key findings of this research was that visibility and placement of stickers in public space is an essential part of their use. Current research in ubicomp and ‘locative media’ is not addressing these visibility issues.

There is also a growing collection of existing iconography in contactless payment systems, with a number of interesting graphic treatments in a technology-led, vernacular form. In Japan there are also instances of touch-based interactions being represented by characters, colours and iconography that are abstracted from the action itself.

I have also had great discussions with Ulla-Maaria Mutanen and Jyri Engestr?m who have been doing interesting work with thinglinks and the intricate weaving of RFID into craft products.

Arrows might be suitable for specific functions or actions in combinations with other illustrative material. Icons with mobile phones or cards might be helpful in situations where basic usability for a wide range of users is required. Although the ‘wireless’ icons are often found in current card readers, they do not successfully indicate the touch-based interactions inherent in the technology, and may be confused with WiFi or Bluetooth. The circular icons work at the highest level, and might be most suitable for generic labelling.

For further investigation I have selected a simple circle, surrounded by an ‘aura’ described by a dashed line. I think this successfully communicates the near field nature of the technology, while describing that the physical object contains something beyond its physical form.

In most current NFC implementations, such as the 3220 from Nokia and many iMode phones, the RFID reader is in the bottom of the phone. This means that the area of ‘activation’ is obscured in many cases by the phone and hand. The circular iconography allows for a space to be marked as ‘active’ by the size of the circle, and we might see it used to mark areas rather than points. Usability may improve when these icons are around the same size as the phone, rather than being a specific point to touch.

This is early days for this technology, and this is work-in-progress. There is more to be done in looking at specific applications, finding suitable uses and extending the language to cover other functions and content.

Until now I have been concerned with generic iconography for a digitally augmented object. But this should develop into a richer language, as the applications for this type of interaction become more specific, and related to the types of objects and information being used. For example it would be interesting to find a graphic treatment that could be applied to a Pokemon sticker offering power-ups as well as a bus stop offering timetable downloads.

I’m also interested in the physical placement of these icons. How large or visible should they be? Are there places that should not be ‘active’? And how will this fit with the natural, centres of gravity of the mobile phone in public and private space.

I’ll expand on these things in a few upcoming projects that explore touch-based interactions in personal spaces.

Feel free to use and modify the icons, I would be very interested to see how they can be applied and extended.

What is a designer: things, places, messages

I have made a selection of research images over at Flickr, and more of the text and research will be online soon.