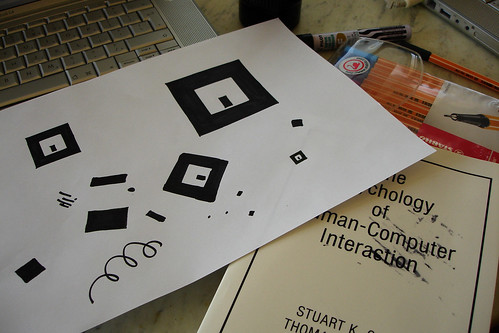 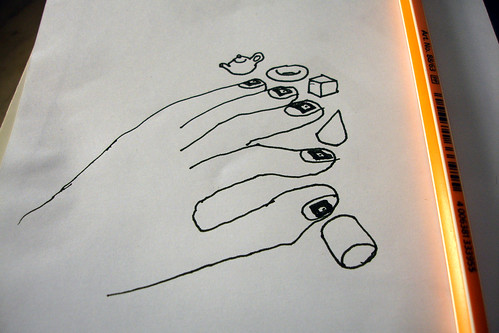 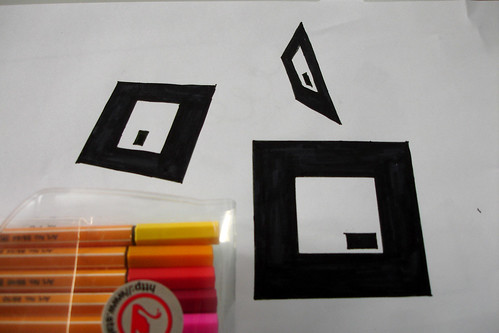 Outside In is a forum for involving new voices, media and practices in a discourse about the use and design of public space. It took place from 14 – 15 June 2004.

Roda Sten is amazing, below a suspension bridge, with huge concrete creations. Really windy, but calm inside the lecture space. Here are my notes and a few pictures.

h3. Session 2: Hacking the streets (I missed the 1st workshop)

* Putting memories in spaces: spaces arent the same after having been disrupted. after ‘reclaim the streets’ or a ‘circle line party’ you can’t see the space in the same way.
* Distinction between public and private. What is it?
* Public space doesn’t exist anymore.
* Ken’s new city hall is half private half public (private investment was involved in the building, so protests cannot happen outside)
* Do we need institutions in order to do events, is that the only way to do it legally?
* What’s stopping people from doing these things is not necessarily capitalism, but the fear of looking like a pillock: self-regulation is a big factor. Can spark things to let down inhibitions or shackles. Uses example of the scooter, became a kids toy and then it wasn’t cool anymore.
* What’s the connection between anarchism and these spontaneous events. Emergent order is interesting, so much control over actions, and the ways people move through the city. How does this relate to anarchy? Is this anarchy?

* The city is a workshop: not just walls to tag
* Shadows of urban furniture: really good
* Visual kidknapping: Lavazza woman gets cut out of the frame
* Big poster with bleeding eyes
* Uses a high pressure water jet to clean the city, but also write at the same time.
* Digs at the notion of authorship, a site where people find work on the streets
* The work is anonymous, but there is the projection of authorial control behind it, its individual and definitely authored
* Would be interesting to explore more about Graffiti authorship: how do public artists want to be recognised?
* Managing the mystique around the work and the author.
* Difference between author/instigator
* “Interview”:http://www.paris-art.com/modules-modload-interviews-travail-1592.html
* “Visual kidknapping”:http://www.visual-kidnapping.org/

* Polystyrene models, matched to fit specific city spaces
* City of names: what if the writers are the ones who build the houses?

* Wants to deconstruct network context
* Context: physical and social situation in which computation sits
* How does the network affect the output and experience
* Companies are claiming ownership of space because of signal
strength: strengthening signals to drown out free competion
* WiFihog: saps out all wifi bandwidth
* LAN party versus Flash Mob
* Simpletext: collaborative sms image searching on large screens
* re-mapping and changing the context of interfaces: what about
shifting consequences: changing the input/output relationship.
* Simpletext project: assigns an image search to inputted text
messages, and displays via jitter/max on a large screen.
* Steven Levy quote on hackers

* Altering space by altering the body
* character of a space
* remnants of things, people, individuals
* put magnets on wrists and fingers and bodies to reveal the proximity of electronic devices: unexpected connections to other people and lampposts. Nice.

* Living in a scanscape city
* electronic space, synthetic city
* Congestion charge as walled city, in electronic space
* London: highest density of cctv in the world
* will we decide to travel to areas based on the quality of electronic space
* A new architectural language for electronic space
* Houses without windows, just cameras. Can start to control life inside. Can also choose to use the weather channel as windows
* Pay a fee for personal surveillance: ask them to watch you all the way to the supermarket.
* The city of Yokohama was brought down by the coming of age party for 40,000 teenagers: the networks were overloaded with messages, because the teenagers didn’t want to talk face to face.
* Palm trees as cell towers (seen in south africa)
* Looked at a community in Hackney that were campaigning to not have a cell phone tower.
* Designed a house for them that would shield them from the signals, but they would have to give up cell phone connectivity. Designed it so that windows would open and close based on calls being made, or would give them 10 minute windows in which to make calls every 2 hours.
* Digital shelter: stand inside the line

* These presentations all use the strategy of showing ‘hypothetical products’ that are really non-products. They are doing this, rather than providing platforms or design methodologies, or distributing resources and infrastructures for people to design their own systems. I understand the need for designers as visionaries, but this could be made more valuable and useful.
* specialists in electronic space could be similar to lighting design specialists in the ’70s. Will grow into a general field of understanding.
* Platforms and inftrastructure for technology is beyond architects, but understanding of the use and consequences is really important.

* Skateboarding as adaptive design: difference between skate parks and the street, skate parks become designed over time to mimic certain aspects of streets, but also according to innate, human skaters needs. A combination of factors go into making a good skateboarding space: free, alcohol, quality, location.

* New to NY: wanted to work outside gallery space, was inspired by collage of city streets. Not from a graffiti background, being a female, can do certain things outside the norms of graffiti.
* Changes billboards during the day, looks official.
* Open democratic visual space
* a visual direct democracy…
* Cuba used to have street art as a means of free expression, but outlawed by dictatorship
* Makes lightboxes with imagined cities, and mounts on the reverse side of construction site walls, with peepholes ‘peer here’
* Interesting mix of opportunism and ‘designed intervention’
* Sometimes driven purely by visual interest.

* Mike Davis: Public is phantom
* Bedouin as a model of sustainable nomadic communities
* Homeless use waste air from air conditioning (airvac exhaust ports) to stay warm and dry
* Homeless have receded to the peripheral vision of the public. Want to see and be seen.
* Seeing is important for living nomadically in the city.
* Started to map the heat and the power of the exhaust fans in the city. Found a high one at MIT plasma lab.
* Re-routed smell from from a bakery to an art gallery, to subvert a ‘high art’ re-appropriation of space

* “Dietmar Offenhuber”:http://residence.aec.at/wegzeit/ & Sara Hodges
* Showed Rybczynski’s film “New Book”:http://www.microcinema.com/titleResults.php?content_id=1190 using 9 frames: a good way of mapping space in the city. Starts off and the viewer is not sure if each frame is occurring synchronously, or in the same space, but a bus passes between all of the frames and the spatial link is made immediately. There is also a point where a plane flies overhead and all the actors look up: showing time synchronicity too.

h3. Looking at the city

* as a set of repeated actions
* as a playground: situationists
* as a balance of social as well as physical architectures

Towards a New Architecture

The Logic of Architecture

Mobile: The Art of Portable Architecture

The Poetics of Space